Yuchengco Center, a think tank hosted by De La Salle University (DLSU) and sponsored by the Yuchengco Group of Companies, is pleased to announce the appointment of Dr. Milton B. Amayun as its new President. He succeeds Dr. Trinidad Osteria who recently retired from the position after more than a decade of service. He assumed the role on September 15, 2021. 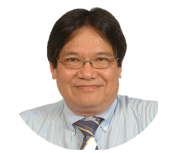 Dr. Amayun comes into the role with an extensive work portfolio of national and international engagements. Prior to his new position, he served as President of International Care Ministries Foundation, Inc. (ICMFI), a local non-government organization, from 2015 to 2020. From 2014 to 2015, he was the Senior Public Health Advisor at the United States Agency for International Development (USAID) in Manila covering the Philippines, PNG, and Pacific Islands. He was the Family Health Team Leader for USAID/Benin in Africa from 2010 to 2014.

Dr. Amayun completed his Bachelor's Degree in Zoology at the University of the Philippines (UP) Diliman in 1973. His Doctor of Medicine degree is from the UP College of Medicine in Manila. He earned his Master of Public Health, Health Policy and Management major, from Harvard University’s School of Public Health in Boston, Massachusetts in the United States.

Dr. Amayun is currently Part-time Professional Lecturer on social development themes at De La Salle University College of Liberal Arts, a Visiting Lecturer in Global Health at the National University of Singapore (NUS) Saw Swee Hock School of Public Health, and a Mentor for the Harvard Alumni for Global Development. Additionally, he is the Secretary of the Board of Trustees of the United Nations Global Compact Network Philippines (UN GCNP), Member of the Research Advisory Board of the Zuellig Family Foundation, and an Editorial Board Member for the Christian Journal of Global Health. He was the former Lead Convenor for the Health and Nutrition Cluster of the Zero Extreme Poverty Philippines 2030.

Recognition of Dr. Amayun’s work include awards from the Philippine Science High School (Gawad Lagablab for Social Upliftment), the UP Medical Alumni Society (International Service), the UP Alumni Association (Centennial Award for Global Health), the West Michigan Asian Association (Amazing Asian), the UP International Nursing and Healthcare Forum (Professional Excellence), the International Christian Medical and Dental Association (Dignity and Right to Health) and the Fullness of Christ International Ministries.

In his inaugural meeting with the Center’s Board of Trustees chaired by Ms. Yvonne Yuchengco and attended by Board Members Bro. Armin Luistro and Dr. Reynaldo Vea, Dr. Amayun Yuchengco Center, a think tank hosted by De La Salle University (DLSU) and sponsored by the Yuchengco Group of Companies, is pleased to announce the appointment of Dr. Milton B. Amayun as its new President. He succeeds Dr. Trinidad Osteria who recently retired from the position after more than a decade of service. He assumed the role on September 15, 2021 expressed his desire to revitalize the Yuchengco Center to lead and build programs that align with the achievement of the Sustainable Development Goals (SDG).

The Yuchengco Center was first inaugurated on August 29, 1994 as the ‘Yuchengco Institute of Philippines-Japan Relations.’ In 1997, the Board of Trustees renamed it ‘Yuchengco Center for East Asia’ to reflect the expansion of its concerns to Northeast and Southeast Asia. In 2002, the Board shortened its name to ‘Yuchengco Center’ to signify a shift towards a broader perspective that is more issue-oriented and policy-focused.

The Center’s institutional goals are:

The Center’s thematic areas include Globalization, Regional Security and Foreign Relations, Governance and Democratization, and Human Security, particularly Health and Education. Activities include research, conferences and seminars, publications, program and project evaluations, and capacity-building for educators, planners and policymakers.

For further information, please contact Jieza Syra A. Tabian at +639162254142 or This email address is being protected from spambots. You need JavaScript enabled to view it..

BLOG COMMENTS POWERED BY DISQUS
back to top